The sponsored trip to Brighton by Rainbow Club/National Maritime Museum has been the best thing so far ………. 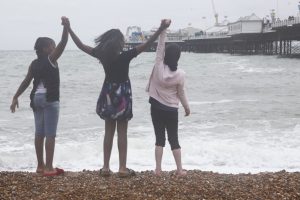 On Sunday the 17th of June 2018, some families from the Rainbow Club were selected to travel to Brighton on a coach with Tom the Rainbow Club School Headteacher and Sacha from the National Maritime Museum, which was very relaxing and stress-free for families.

Entering into Brighton we visited Eve Shepherd at Brighton Phoenix studio where she has been working on a bust which some of the children had helped to build.  Once finished the bust will be part of the National Maritime’s permanent collection and will sit in the new galleries being opened by Sir David Attenborough in September.  We are all very excited.  It was undergoing the final touches before been show case at the Museum new gallery and the children that had worked on the bust were really pleased to see what has been done.  We had some sandwiches there, before going to the beach. 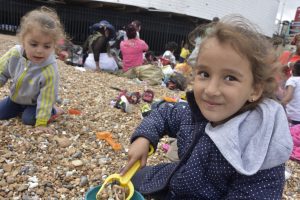 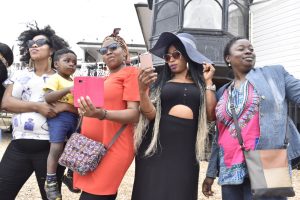 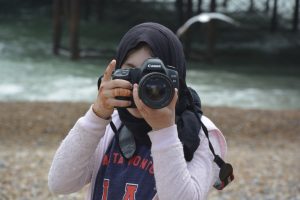 Getting to Brighton beach, it was amazing seeing the thick layers of pebbles instead of sand. Most of the children and parents put their feet in the water but couldn’t swim due to the size of the waves. The children took part in a photography workshop at the beach, they were trained on how to take photographs using cameras donated by Nikon.  In no time at all the children had found their way around the camera and took loads of lovely photos.  The best are going to be selected to be showcased in the new gallery at the Museum.

Some of the children tried to build a sand castle with the pebbles and played different games before travelling back to London. We all had fun.  Another parent on the trip said:

“We had a fantastic time – it was my first time in Brighton.  I would have loved to stay much longer and to walk around the local area.  We want to go back as soon as possible.” 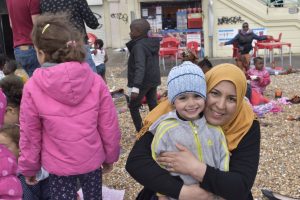 Lastly, I would like to thank the organisers of the trip, most especially Sacha, Max the photographer, Eve and Tom for making our day.